Memories Of A Little Sister

This past week, I spent many hours digging and sorting through boxes and bins from my closet.  This was a planned project that I figured would take a short time to complete. After all, I had labeled all of those containers years ago. How hard could it be? Well, as it turned out, harder than I ever imagined! Every bin and box was marked "Memories." No dates, no listing of contents, just "Memories"  Sheeesh!!!!

As I dug in, I came across two plaques that were wrapped in tissue. I was surprised when I opened them. There in front of me were two painted plaques that were made especially for me in 1971. The artist was a young college girl named Diane Rukke.  Diane was my oldest sister's best friend, and the two of them were away at Oregon State University. My sisters name is also Diane, so I always referred to them as the two Diane's. Gee, wasn't I smart?
I remember so clearly, writing to the girls, and asking Diane R. to paint something for me. I think I even sent her a detailed list of what I wanted in the picture.   And here they were!!  I thought it was great timing to find those treasures again after all of these years, considering I write about vintage things!
I remember feeling so special when those plaques were given to me. I was only around 9, and I missed the girls very much.  The fact that my sister Diane and Diane R. took the time to write to a little girl just about every week, when they were busy at college, says a lot. I always looked forward to the letters and cards that would arrive just for me. And I still have many of them. They were also in that bin. Silly, isn't it? how things like that can make you cry?
And to top it all off, I also found a recipe box that Diane R. put together for me as a shower gift when I was engaged to be married 10 years later!!  It's filled with simple recipes that she wrote out herself.
I am so lucky to be a little sister to Diane, Dan, Debby, and Kerry, and I also have the added delight of being a little sister to another Diane!

I have included pictures of the plaques and recipe box for you to enjoy.   And don't worry Diane R. these are NOT going to be sold on my web site!!! 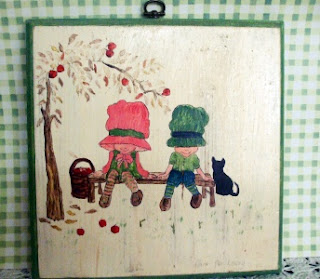 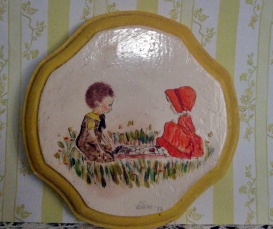 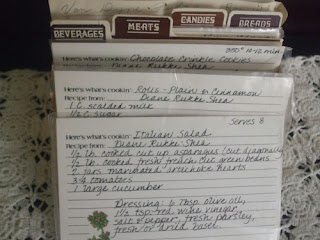 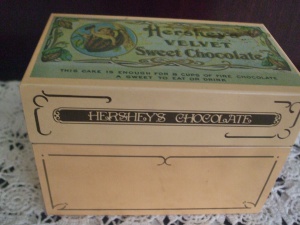 Posted by Vintage Bounty at 9:35 AM No comments:

Vintage Bounty
My name is Laura Miceli, and I was born and raised in Portland Oregon. I graduated from Reynolds High School, and married shortly after. Our daughter was born two years later, and I became a stay at home mom for the next 18 years. My beautiful daughter is our only child,and she simply takes my breath away! Now grown and married herself, she has made me a grandma of two little boys that I just adore!