Two weekends ago, my sister Debby and I went to the huge Antiques and Collectables show at the Expo. Center.   This is the first time that I have been to this function, so I assumed it was basically a whole bunch of tables filled with the kind of stuff that I love.  A sort of glorified garage sale maybe?

WRONG!!  This thing was huge!!!  Make that gigantic!!  A huge, gigantic display of vintage treasures!!!   I seriously began to wonder if I could find a way to just sort of blend in and stay there for a few months.
In the first hour of wandering, I found the exact Raggedy Ann book that I had bought for myself at age 7 at a neighbors garage sale!!  I instantly remembered  every picture,  and how I had set up my bedroom like the classroom in the book, so that I could pretend to be the teacher for the dolls.

As I continued to stroll through this paradise, I found a baseball print of Mickey Mantle and Roger Maris. My brother had been a fan when he was growing up, so I knew I had to buy this for him.
Also at this spot, there was a box of movie star pictures from the 30's 40's and 50's  As I looked through, I came upon a beautiful, signed picture of movie star Vera Ellen!!!!  My brother is crazy about her!!!  Now I had another gift for him!!!!

At the next booth, I found a record with the clown "Rusty Nails" on the cover!!!  Remember him?  He was on t.v. in the early 60's.  I think his show would come on right after "Romper Room."  I used to fake being sick so I could miss kindergarten, and stay home to watch.  Hey, with "Rusty Nails" and "Romper Room," who needs kindergarten?  I wish they still had kid's t.v. shows like those. They were so much better than what is on for young kids today.

Debby and I didn't get to see everything.  We had been there for several hours, and we were beat.  It was time for a nice quiet drink and some nachos!!  It was a great day with my sister, who also loves antiques and vintage stuff.  I don't get to spend as much time hanging out with Debby as I would like. She is pretty busy with her work and her own life and friends.  So I always treasure the times when I get to do fun things with her.

That Saturday was a major day of family memories, and vintage pleasures for me.
And I loved every minute of it!!! 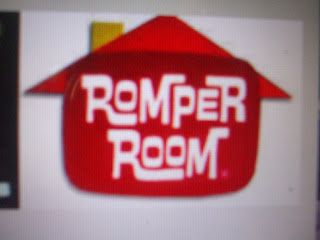 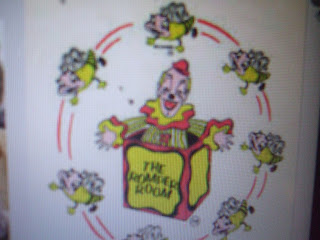 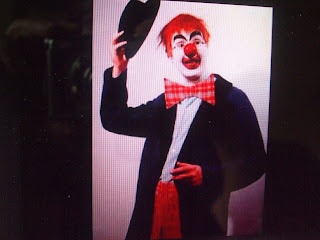 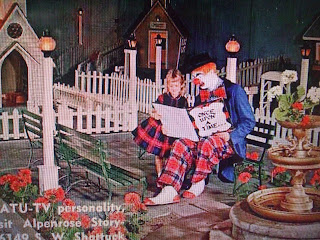 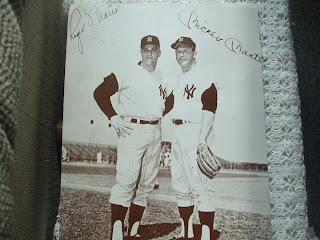 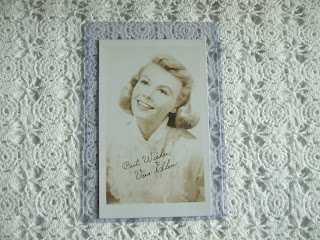 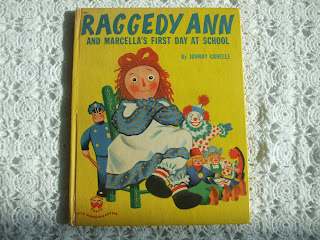 Posted by Vintage Bounty at 9:43 AM No comments:

Vintage Bounty
My name is Laura Miceli, and I was born and raised in Portland Oregon. I graduated from Reynolds High School, and married shortly after. Our daughter was born two years later, and I became a stay at home mom for the next 18 years. My beautiful daughter is our only child,and she simply takes my breath away! Now grown and married herself, she has made me a grandma of two little boys that I just adore!